In the wake of the massacres of Brother Alton Sterling and Brother Philando Castile, both fatally shot within a 24 hour time period, this is no time to be silent.

Tuesday, in Louisiana, 37-year-old Alton Sterling was fatally shot as he tussled with two white officers outside a convenience store in a predominantly black neighborhood. The shooting was caught on tape and went viral online. The next day in Minnesota, 32-year-old Philando Castile was shot to death during a traffic stop. His girlfriend posted a video of the aftermath live on Facebook, saying he had been shot “for no apparent reason” while reaching for his wallet, as an officer had asked.  And then the malefic reply to both events by Micah Johnson, a combat veteran who killed five officers and wounded seven others, in addition to two civilians. Like many I found myself struggling to make sense of just what is going on.

I found myself at a loss for words.  Nothing to say.  Nothing to post.  Nothing to write.  And if I am honest, not wanting to feel.  Because to feel would leave me overcome with a tidal wave of grief, anger, fear, and God only knows what else.  It would leave me to acknowledge the sad reality.  And why acknowledge reality when denial is such a wonderful thing?  And when ignorance really is bliss.  But alas, the events of the past few days, weeks, months, years can no longer be ignored.  The reality must be acknowledged.  After having said nothing about these tragedies, I realize that this is not time to be silent.

I know that after 400 years of inhumane treatment, of being likened to animals, raped and lynched and murdered and put down and passed over and ignored like the invisible man Ellison wrote about — takes its toll.  I know that in this 21st century we still face situations reminiscent of the Jim Crow days of old; occurring under the guise of “progress.” I know that there have been more police killings of Black people in the last year (2015) than were lynched in the worst year of Jim Crow (1892).  I know that in 2015, killings of Blacks by police accounted for 26% of deaths, and that we are on the trajectory in 2016 to likely surpass that number. I know that our community is angry.  And I know that anger is a righteous response.  Justified.  No one can question that.  But what we do with this anger, and how we respond to this situation will dictate whether we live up to the truth of who we are. Will we rise?

I know that we are the descendants of Kings and Queens.  And we are warriors.  Make no mistake, this is war.  It is a battle against archetypal spirits of evil, and a history entrenched with maltreatment and injustice. Unconscious biases and conscious discrimination have existed for as long as we have been in America. Therefore, our weapons must not be physical.  We must not resort to the id-mentality of tit for tat; a life for a life.  No, we must be strategic.  We must be thoughtful.  We must recall our past victories. We must deftly use our powers, and those of us in power must not be silent. I repeat: THOSE OF US IN POWER MUST NOT BE SILENT.

There are a few key members of our community whose voices reverberate. Their platforms are global and they are tethered to the purse strings of Wall Street.  Like puppet masters they can pull a string and poof — stocks rise or fall immediately and exponentially.  These African Americans must not be silent.

The Black church, which has historically been the backbone of the African-American community, and THE instrument of mobilization and leadership for social and political change, must not be silent.  It is time for Black pastors and the Black church as a whole to rise and take its rightful place as the leading agent of sociopolitical change, healing, and reconciliation.  The Black church can and must play a key role in setting the stage and the tone for our community moving forward.  The church must not be silent.  Silence = death.

And last, you, you, and you must not be silent.  Do not disenfranchise yourself.  Exercise the rights that so many fought so hard to ensure that you have.  Speak, write, blog, picket, lobby, boycott, and for God’s sake VOTE.  Your voice is mighty.  The pen is mighty.  The dollar is mighty. And together we are mighty. Once we realize this; once we truly realize who we are and the power we have individually and collectively, it is then that we will truly overcome.

Reprinted with permission from Harvest Magazine.

Dr. Nik is a Clinical Psychologist, Life-ologist, author and educator in the Washington, DC metropolitan area.  Follow her on Twitter @theGoodDrNik. 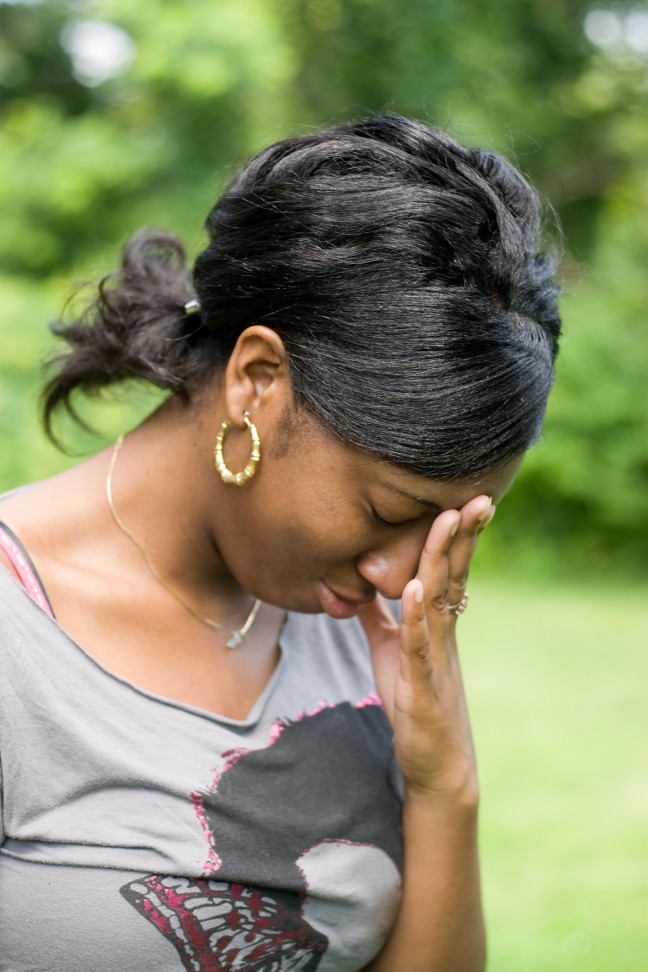 The recent events in Baton Rouge, Minnesota, and Dallas have left many feeling some kinda way.  While some of us don’t know exactly what we are feeling, others can readily identify the one or various emotions they might be experiencing; and some may be experiencing emotions intensely.  As if the events of the past few days have not been tragic enough, we have been unable to escape the reminders, and are left to relive the first moment we heard or saw news of these events.  Our brains are being constantly bombarded with print and streaming images of civilians and police officers being assaulted, shot at and dying with not a free moment to process the apparent dichotomies.  For the record, my goal here is not to use this as a forum to air my personal beliefs; but rather, to use this opportunity to help us deal with what I have termed trauma by media.

Trauma by media is a cluster of symptoms experienced as a result of secondhand exposure, (i.e. indirect exposure), to a life threatening or fatal event via print or broadcast media.  Symptoms can range from anger and rage, from sadness to frank depression, from worry to anxiety and fear, to nightmares and more.  And these can lead to sleep difficulties, the inability to focus one’s attention on matters unrelated to the event, engaging in maladaptive behaviors to express one’s frustration and upset or numb one’s emotions, and can impact the ability to function effectively in one’s day-to-day life.

Make no mistake, we’ve been here before.  But we’ve not implemented the lessons learned.  As a nation we became vicariously traumatized during 9-11 due to the constant media coverage of the day’s events.  Notwithstanding the impact of the tragic loss of lives and the terror that the nation felt, seeing and hearing the stories over and over again solidified the horror in the minds of many and crystallized the trauma in our brains.  The graphic images of people jumping of out windows are forever etched in my mind; like they are for many of you.  As a result, there are many who can no longer see images or even talk about 9-11 without it evoking strong visceral reactions — and we were not even there nor did we suffer a personal loss.

Unfortunately, given the state of world affairs, there is  no lack of newsworthy stories, and the future is ripe for horrific and mind-boggling tragedies to report on.  In light of this, how do you keep yourself reasonably well-adjusted, able to focus, and not given to the emotional ups and downs that these tragic times and unfortunate events can cause?